Here is the link to the video of the premiere in Zurich: 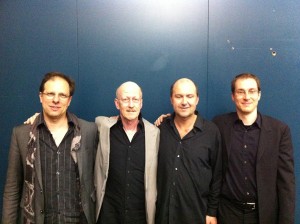 Here you find the link to the video of the recording session:


The title “Mirror Images” refers to two different kinds of reflection that distinguish this piece.

On the other hand, there are moments where music by Robert Schumann (1810-1856) insinuates itself into mine, as though reflected by a time-mirror. Motives from the last three movements of the “Märchenbilder” op. 113 for piano and viola (a wonderful piece!) form reference points for short sections in which my musical language is modulated, so to speak, by elements taken from Schumann’s music. This process is not always equally easy to follow aurally; at one moment the mirror’s surface is clear, and then it becomes fogged over by the mist of time …